I have a blog that's just for art, say-yes-for-epic-art.blogspot.com, but I don't really post there that often anymore... maybe I should, but since I don't make as much art anymore, than I used to, so that's a pretty huge reason. :P

Anyway, I did this little image today: 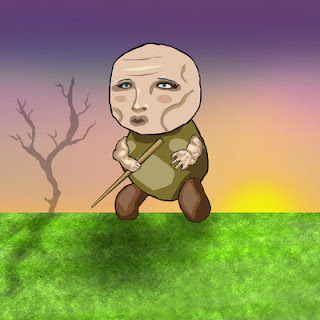 It turned out pretty weird, but I think that's a good thing, right? I intended him/her to be a pretty much androgynous old person, but I'm not sure if that was a success... but well...at least he/she looks cool in my opinion. And maybe it's wrong to say anything positive about something I did, but whatever, I don't really care about things like that. :P I'm proud of how epic it turned out, and if you disagree, then you disagree. You of course can have an opinion, duh. Common sense, right?
Posted by Vlürch at 21:32 No comments:

Email ThisBlogThis!Share to TwitterShare to FacebookShare to Pinterest
Labels: art

One of my solo projects... the newest album, "Mutation" was finished some time ago, so I'll obviously post it here. 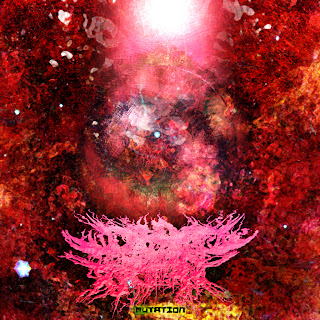 The genre is... uh, experimental cybergrind/synthcore? Since I don't stick to one genre, it always causes problems when people ask about it, and if I want to describe it to someone... well anyway. You should listen, and if you like, go click "like" on some songs on youtube, it'd be nice. Like on facepoop, etc... :P

Click here to listen parts of every song.
Or listen the title track from this.
Download by clicking THIS LITTLE TEXT HERE.
Go to the MySpace page.
Or the Facepoop.
Posted by Vlürch at 08:40 No comments: