I made a new video (two, actually, but I updated the "My penis is 63 inches" post with the video of that) and it's about potatoes again. Well, one potato, but it's like about all potatoes. 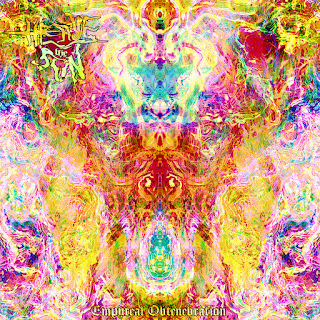 The whole album is 1 hour and 7 minutes long. (Click the things next to song names to listen on Youtube)

I'm really proud of the whole album, although some of the clean vocals could be better... but that's because I got a bit lazy and wanted to put this album for people to listen as soon as possible. That's the same thing that happens every goddamn time I make any album; the one night when I don't sleep and in the morning I'm fucking tired, then I decide "oh well it's finished, no one will notice that a few parts are hastily done" and then I regret it. Anyway, it's not like I'd regret already uploading this much, just that tiny bit about the vocals in a few of the tracks. But that's just a tiny little flaw which doesn't really bother me, so if it bothers anyone who listens, well, there's nothing you could do to fix it. :P But yeah, the clean vocals especially may need a bit getting used to if you're strictly a metalhead, since... well, you'll hear. I'm not gonna start explaining anything about my vocals or anything else in details, because I'm not that selfish... although like I said, I'm proud of the whole album; vocals included. Especially two of the songs ("Feeding the Demiurge" and "Venom of the Seraphim") are awesome in my own opinion. Sure, I could've made them better if I'd have spent more time mastering and stuff like that, but that's annoying and it's not meant to be perfectly clean; I don't want to be accused of overproductiveness or anything like that. Not that it'd be even near... but you know what I mean. Since there's a lot of non-metal stuff (especially in "Feeding the Demiurge"), it might be a bit disappointing to people who only like metal and are expecting something a lot heavier. If you're one of those people, well, this album isn't for you, although some of the songs are entirely death metal-rooted if that's an appropiate thing to say, since I started all of them as psychedelic ambient folk or whatever, and then just "expanded" them. Anyhow, you're probably not gonna like it, but if you do, go to "like" on Facebook, please.  It'd mean a lot to me to see if anyone actually enjoys this stuff.

If you're wondering about what language I'm singing: english. It's just that I can't pronounce for shit... so it sounds weird. :P Well, of course it's partially intentional, since the "style" of the vocals is what it is, which easily makes things hard to understand. But yeah, it's all in english.
Posted by Vlürch at 14:27 No comments:

Well, I had already done an image of the same "subject" before, but it sucked and was completely retarded (I didn't post it in this blog at all). So anyway, while I was discussing batman-shaped penis tumors with some random guy, I thought about doing a new picture about this. He suggested making flyers of it, but I don't have a printer so that's just a tiny obstacle on the way to do that. Anyway, I did a kind of one-panel comic thingy or whatever you'd call it, and completely failed the guy's fist of manliness. For obligatory selfishness, I have to claim that the result is amazing.

It's a thumbnail, lick it! 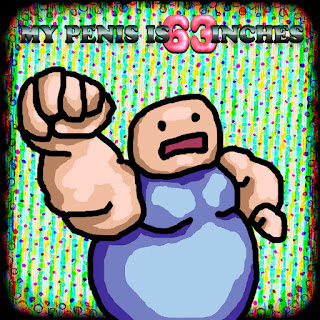 And now I made a video of this.
Posted by Vlürch at 19:31 No comments: