Even though I hadn't been posting anything about doing a new Heave the Sun album, well, that's what's finished now. :P Well, an EP, I suppose. An EP that's an hour long. Yeah, it's a full-length album, okay? Although, only half of the songs are new, the rest are remastered/re-recorded versions of older songs, including a 20 minutes long version of "Feeding the Demiurge". I'm sure someone will like it. If not, well, it's okay. 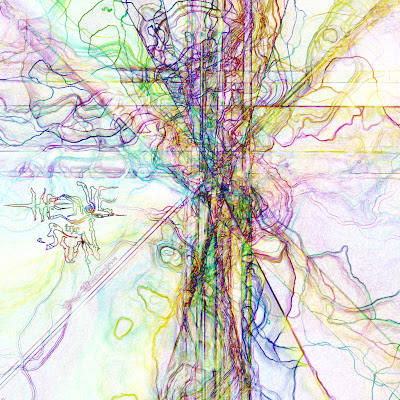 01. Four-Dimensional Fractal Maze
02. Ritual of the Pegasus (by Which the Megalith Tribes Embodied Droughts)
03. Miniature Sphinx
04. Metamorphosis of the Prophet to Light
05. Violent Surgical Prophecy
06. Feeding the Demiurge

Of course, I've uploaded all of the songs to Youtube, so click the song names if you want to listen them there.

I'm pretty proud of it, especially the song "Violent Surgical Prophecy", since it kind of turned out the way I wanted it to be, instead of just something that was a fail at something and an unintentional success at something else.

If anyone has a music blog and they want to post this, please do, or if you just want to tell your friends who might like it, tell them, since, you know, that'd be nice, since I'm a selfish asshole. Yeah, wanting people to listen my music makes me a selfish asshole. That's not my logic, but everyone else's, apparently... since it makes me a "mainstream person" in some fucked up way. Oh well. :P
Posted by Vlürch at 07:14